“
We are born and feed from fear and uncontrolled illness of human mind. We are invisible to them, but our single existence grabs every single living cell of the body, until the end.
”

—A Kamala to León Castillo

The Kamalas are strange shadow-like creatures that feed on fear and despair.

The Kamalas are shadow-like creatures that come in different shapes, and forms.

The Kamalas first appear in the First Chapter, in Oswald Asylum, Fran seems to be the only one who can see them when she takes Duotine. They appear to be everywhere but mostly near the patients. They seem to be a manifestation the patients´ own darkness inside their hearts.

Many Kamalas also appear in the maze after Fran escapes the asylum.

The Kamalas can occasionally be seen in the Third Chapter during the winter, but they don't interact with Fran. In the Fourth Chapter, they appear again, attacking Itward´s Flying Machine, Fran must use a bucket of water to "wash the filth away" and get rid of a Kamala tampering with the engine.

In the 5th chapter, you must throw water balloons at a Kamala to save a tree, who helps you solve a puzzle.

The Kamalas don't show any type of personality aside from being constantly hungry for fear and sadness. 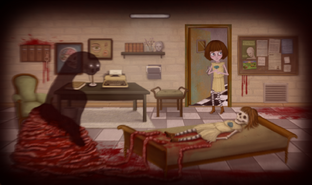 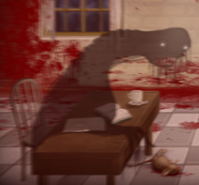 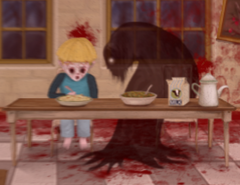 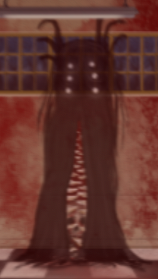 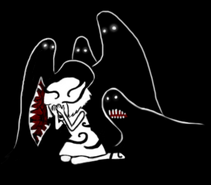 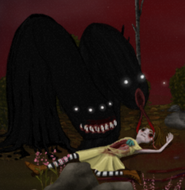 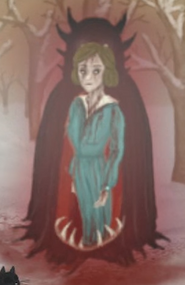 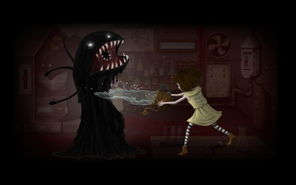 Add a photo to this gallery
Retrieved from "https://fran-bow.fandom.com/wiki/Kamalas?oldid=12438"
Community content is available under CC-BY-SA unless otherwise noted.